Eagle Dynamics announces their Collaboration with Orbx on the Kola Map

In collaboration with Orbx Simulation Systems, we (Eagle Dynamics) are excited to announce the development of a new terrain module: the Kola Peninsula. Orbx has over 15 years of experience creating highly detailed scenery and airports for flight simulation platforms.

For Russia, the mostly ice-free ports of the Murmansk area, home of the Northern Fleet, are of immense strategic importance. Thus, the narrow land corridor from the Kola Peninsula to central Russia has evolved into dense clusters of military airfields and bases.

Similarly, the northern areas of Norway, Sweden, and Finland mirror the military and economic importance of this peninsula, with significant bases for all branches of the respective armed forces and extensive training ranges hosting key exercises for western alliances.

The Kola map will cover more than 550,000 square kilometers of land across northern Scandinavia and northwestern Russia, plus large sections of the Norwegian Sea and Barents Sea for naval operations.

Detailed airbases, included with the initial release of the Kola Map, will be Bodø, Bardufoss, Evenes, Rovaniemi, Luleå, Vidsel, Monchegorsk, Olenya, Severomorsk-1 and -3, and others. They will be modeled in their contemporary configuration. Beyond airfields, many of the important army and naval bases, test ranges, radar and storage sites will be added, as well as the entire road and railroad network.

Dramatic fjords and glaciers, with the many islands, creates an interesting coastline. The lake-studded taiga forests and arctic tundra complete the natural beauty of this region. Both Summer and Winter versions of the Kola map are planned. 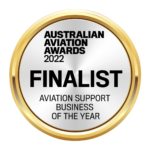 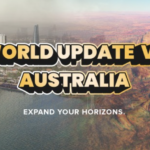 Orbx works with Microsoft on the World Update VII – Australia 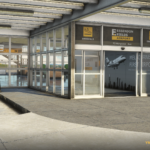